Learn about how text messages get delivered from an online SMS service to a mobile phone.
Start Guide
Lesson 2
SMS Networks & Connection

At its most simple level, SMS infrastructure uses specialised servers that can talk to each other. These servers run software called an SMSC (Short Message Service Centre) which speak to each other using a unique protocol for SMS transmission called SMPP (Short Message Peer to Peer). Through SMPP connections, we can deliver text messages and process replies and delivery receipts (DLR). 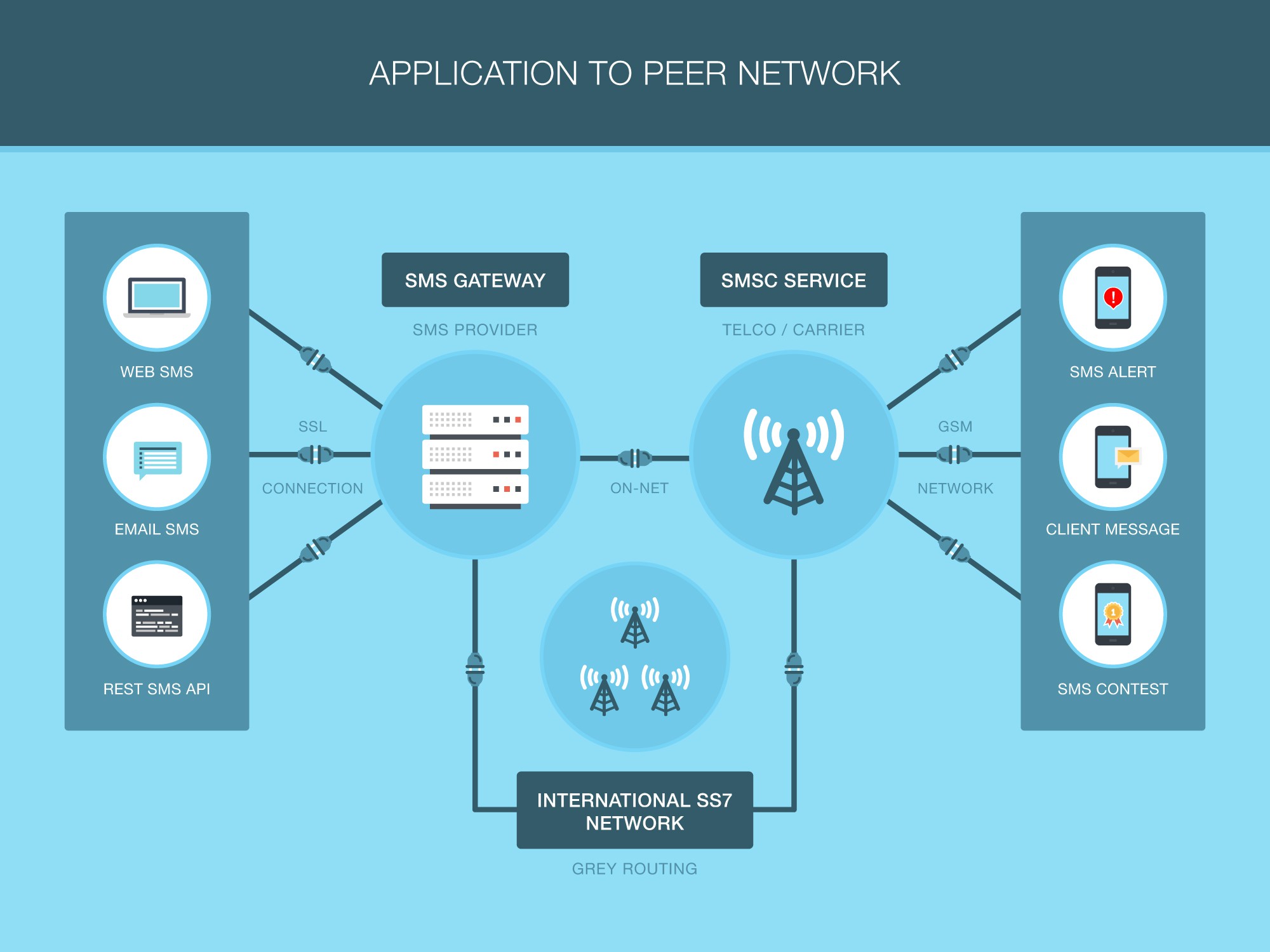 Starting from the left, the graph above shows how a client can choose from a variety of online SMS services such as Web SMS, Email SMS, or REST SMS API.

Once a client requests to have text messages sent through one of the services, it goes through a secure SSL connection to an SMS Gateway such as Burst SMS.

From here, the Gateway assists in monitoring message compliance, spam, and can schedule large bulk requests to send seamlessly.

SMS then goes through the Gateway and gets delivered to your client’s carrier via an ON-NET connection or through the International SSL Network. Once the message is delivered, your client via the GSM Network will have the option to reply to your text. This is how the process becomes interconnected.

An SMS gateway is a type of SMSC that moves text messages from one place to another. One example of an SMS is Kannel a compact and powerful open source SMS gateway for GSM networks, widely used across the globe for sending trillions of SMS daily. Kannel runs on the server to identify destinations, manage queues, and prioritise message transmissions via SMSC.

An SMSC is an element of a GSM network responsible for processing SMS messages. An SMSC stores messages and extracts destination information to attempt deliveries. It is the primary connection point within a carrier or company that sends or receives text messages.

Carriers around the world are in a network known as the “SS7” or the “Signalling System #7” network. The SS7 network is what all the carriers use to talk with each other. It helps exchange information for phone calls, number translations, prepaid billing, and it also forms the backbone of SMS.

Grey routing is a form of message delivery, where text messages go through carriers with low-cost interconnect agreements with other carriers, usually offshore. Simply put, messages get sent through a roundabout way instead of directly to a carrier to save costs.

Most carriers don’t like to receive messages this way, and they’ll typically block them; also routes may suddenly disappear without notice, making grey routing unreliable. It also tends to be slower, and text messages may come from a random caller or Sender IDs from unknown countries.

The more borderline definition of a ‘Grey Route’ may contain SS7 routes. SS7 is the international signalling network used by operators to send each other P2P traffic. There is usually some ‘net-off’ agreement, but in some cases, operators could charge each other according to an AA19 deal.

ON-NET routing is the most popular form of messaging used by A2P services in Australia. As carriers worldwide block Grey Routed traffic, this forces market participants to use ON-NET for reliability, ensuring that the revenue stream from A2P messaging goes directly to the carriers and not to international carriers.

Some companies have the option to combine more reliable Grey Routing on lower value carriers with their ON-NET offerings. If they monitor the routes well, message delivery can be secure.

The most common use for hybrid routing is for SMS marketing messages, where timely and reliable delivery is less of an issue. If you are looking for a service where reliability is paramount, then you should consider asking for a genuine ON-NET route from your provider. It may cost a little more but will be worth it in the long term.

GSM is a widely used TDMA based wireless network technology. GSM phones use SIM cards to identify each user’s account. SIM cards allow GSM network users to quickly move their phone number from one GSM phone to another by simply swapping SIM cards.

The GSM network evolved over the years, from CDMA, 3G, 4G, and soon 5G. However, in the SMS business world, it’s generally referred to as the GSM network, which consists of SIM cards, mobile towers, and all the other hardware that facilitates the delivery of mobile communications to mobile phones.

Depending on the country it’s generally broken down like this:

In Australia, there is no NDC as we have a smaller number count.

In Australia, we also are required to add a 0 in the front of the number. This is dropped, however, when composing the international format of the number.

*In countries like the USA, an NDC is used to identify a specific region.

When sending SMS via SMPP, the number must be provided in full international format in order to deliver to the GSM network correctly. Many usability problems can surround this as a large proportion of mobile subscribers are not aware of specific country codes. 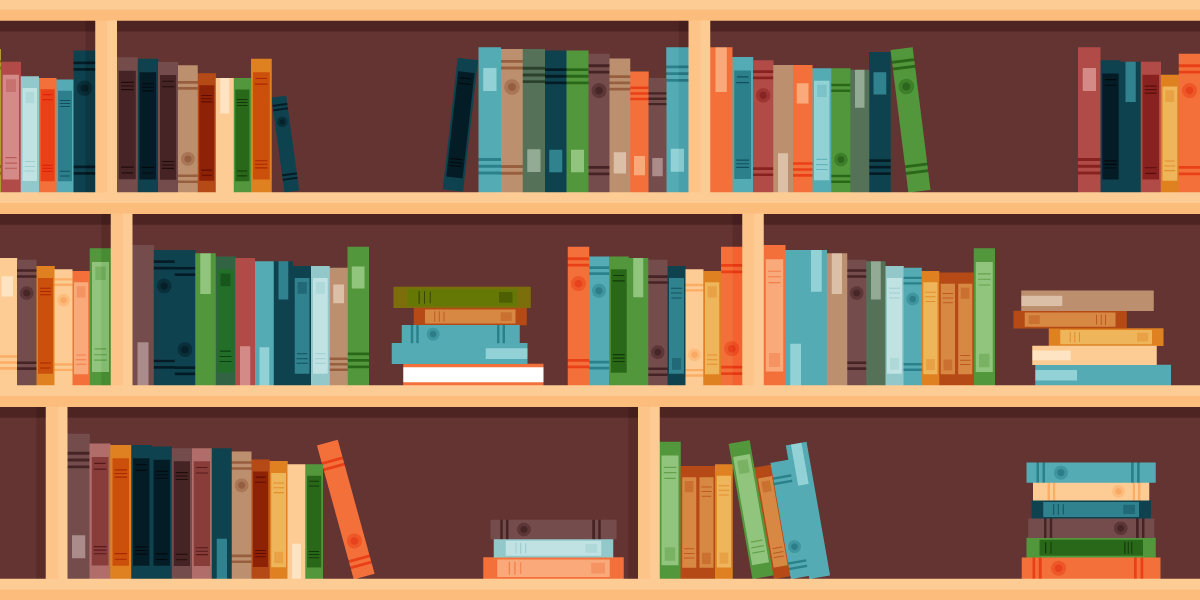 A bind is a term used for a connection by SMPP to an SMSC. Binds transmit only a certain amount and type of information so there will be multiple binds made between SMSC’s. There are also what is referred to as transceiver binds that can send messages in various directions.

SMSCs process DLRs to notify if the status of a text message is delivered; there are many types of delivery receipts used by different carriers.

It is widely accepted that the DLR structures used in the SMPP protocol should be used; however, in reality, this is rarely true. When setting up a carrier in your SMS gateway, pay close attention to the DLR codes you are receiving so you can show accurate reports to your users. Also, different carriers can use different time stamps. Generally, they should be in UTC; however, sometimes they may be in local time, depending on who you are connecting too.

By sending the appropriate message over the SS7 signalling network, it is possible to query the home location register (HLR) of any mobile subscriber using their phone number. This process is known as performing an “HLR Lookup” or “HLR Query”. HLR Lookups are a fast, effective, and accurate way to determine which network operator currently serves a given mobile telephone number.

Probably the most popular lookup service is the Cardboard Fish HLR Lookup.

HLR is at the core of every GSM mobile network worldwide. It’s a central database of all customers authorised to use the network. It is used when authenticating a phone when registering with a transmitter, for either home networks or when roaming abroad.

Two terms that are referred to in SMS business are MO (Mobile Originated) and MT (Mobile Terminated) messages.

The MNO or Mobile Network Operator is the carrier. The carrier connects to mobile phones using the GSM network. It will house an SMSC other companies can connect to with their own SMSC which would be set up as an SMS Gateway.

MVNOs are resellers of network services from the carriers. These include a myriad of services such as Amaysim, Boost, and Lyca Mobile.

Numbers are always owned by the original carrier and are added to the HLR. This contains information regarding the numbers current network. In order to deliver correctly, an MNP lookup is performed before the message is submitted to the GSM network.

The SMPP protocol is an open, industry-standard protocol that provides a flexible data communication interface for transfer of short message data between a Message Centre and an SMS application system. A Bearer Message Centre can be a Short Message Service Centre (SMSC), a GSM Unstructured Supplementary Services Data (USSD) Server, a Broadcast Message Service Centre or another type of Message Centre. This document provides guidelines for getting an application based on the SMPP protocol version 3.4 specification working in an SMSC/GSM/UMTS network environment.