The world of online advertising can be a big and messy place. There’ll be timely and relevant ads just like there’ll be disruptive and irrelevant ads. Some ads might even be malicious, trying to scare you into doing things you shouldn’t (such as installing a program to get rid of a computer virus you don’t have).

Every year, new sophisticated tools are released to make online advertising more effective and efficient. But the positive effects of this are slowly being chipped away. People are beginning to discover tools like adblock. 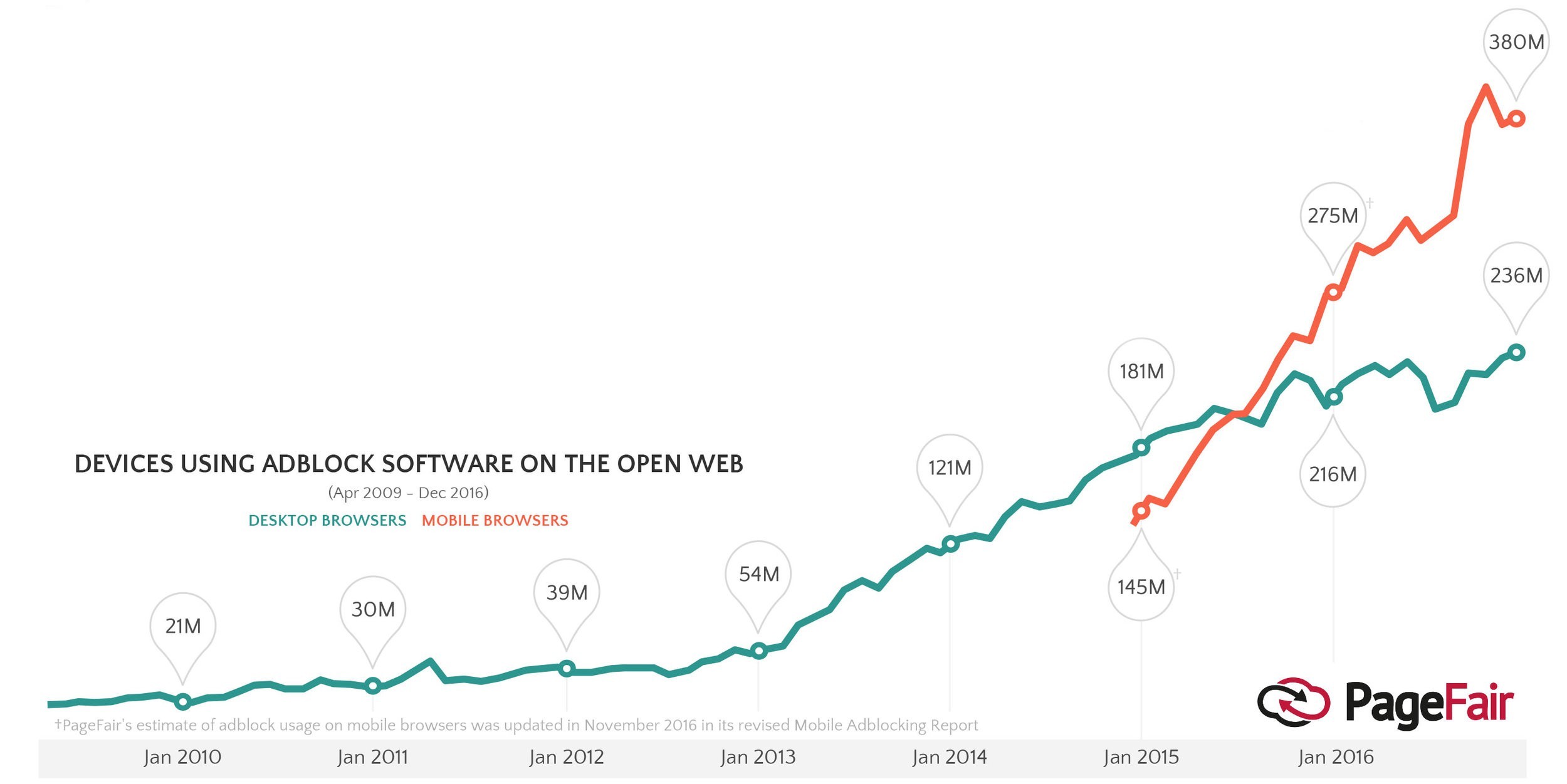 According to PageFair’s most recent report, 11% of the global internet population is blocking ads in 2016. This is equivalent to about 605 million devices worldwide, 62% of which are mobile devices (308 million).

The growth of adblock usage is exponential. From January 2015 to December 2016, adblock on desktop browsers saw an increase of 30%, while mobile browsers saw a staggering increase of 162%. Most of the mobile growth is from the Asia-Pacific region and it’s expected to grow in North America and Europe in the near future. There’s no mention of Australia, but it’s hard not to imagine that it’ll also continue to grow.

If you’re interested, check out the full report here: the state of the blocked web 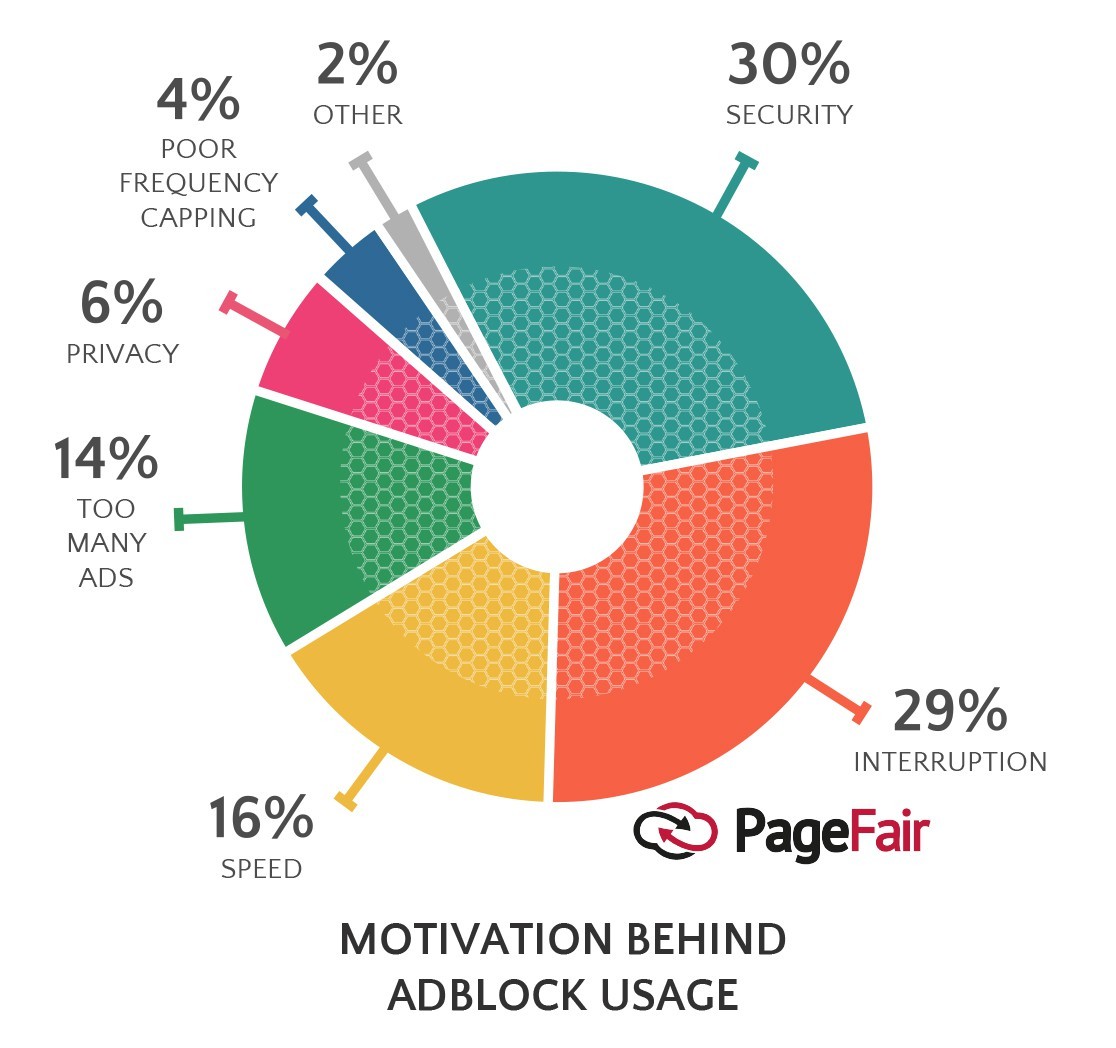 PageFair surveyed 4262 US citizens to determine their reasons for blocking ads.

Here’s what they found:

“Security” was the number one reason cited for using adblock. 30% of respondents said virus and malware concerns drove them to block ads.

“Interruption” was the next on the list. 29% of respondents felt that ads were intrusive and degraded the quality of their web browsing experience.

According to the report, men are 34% more likely than women to use adblock software on their devices. It’s very interesting to see that adblock usage rate is not primarily among the younger age groups only. On average, 15% of seniors online use adblock.

How this effects the advertising industry 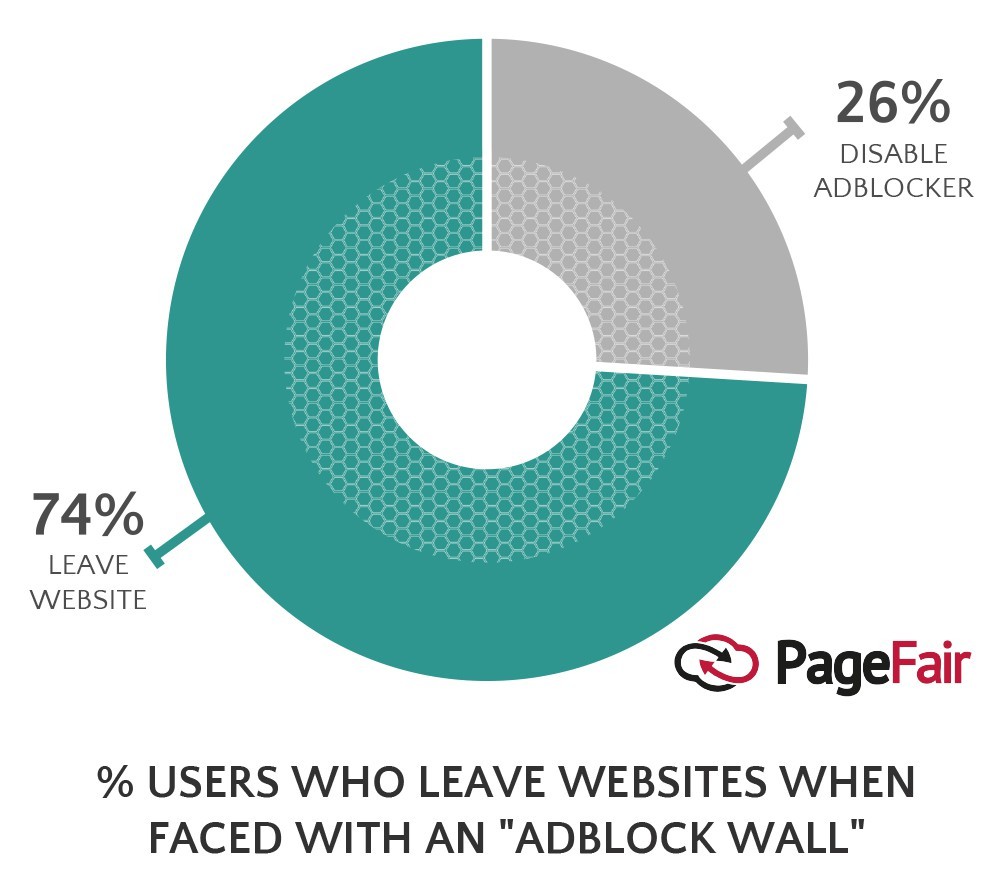 Many content-based websites count on ad revenue to stay afloat. In exchange for valuable content, ads are displayed. But with adblock, customers view content without having to see any ads. Just imagine yourself reading your favourite blog without all the Google banner ads.

Ad buyers are also affected as there are less impressions with the increasing number of adblock users.

To mitigate the negative effects, businesses are turning to adblock walls. A wall (pop-up) appears and prevents users from accessing the content behind it when an adblock is detected. Users are asked to disable their adblock or whitelist the site to proceed.

Here’s an example we found on Business Insider: 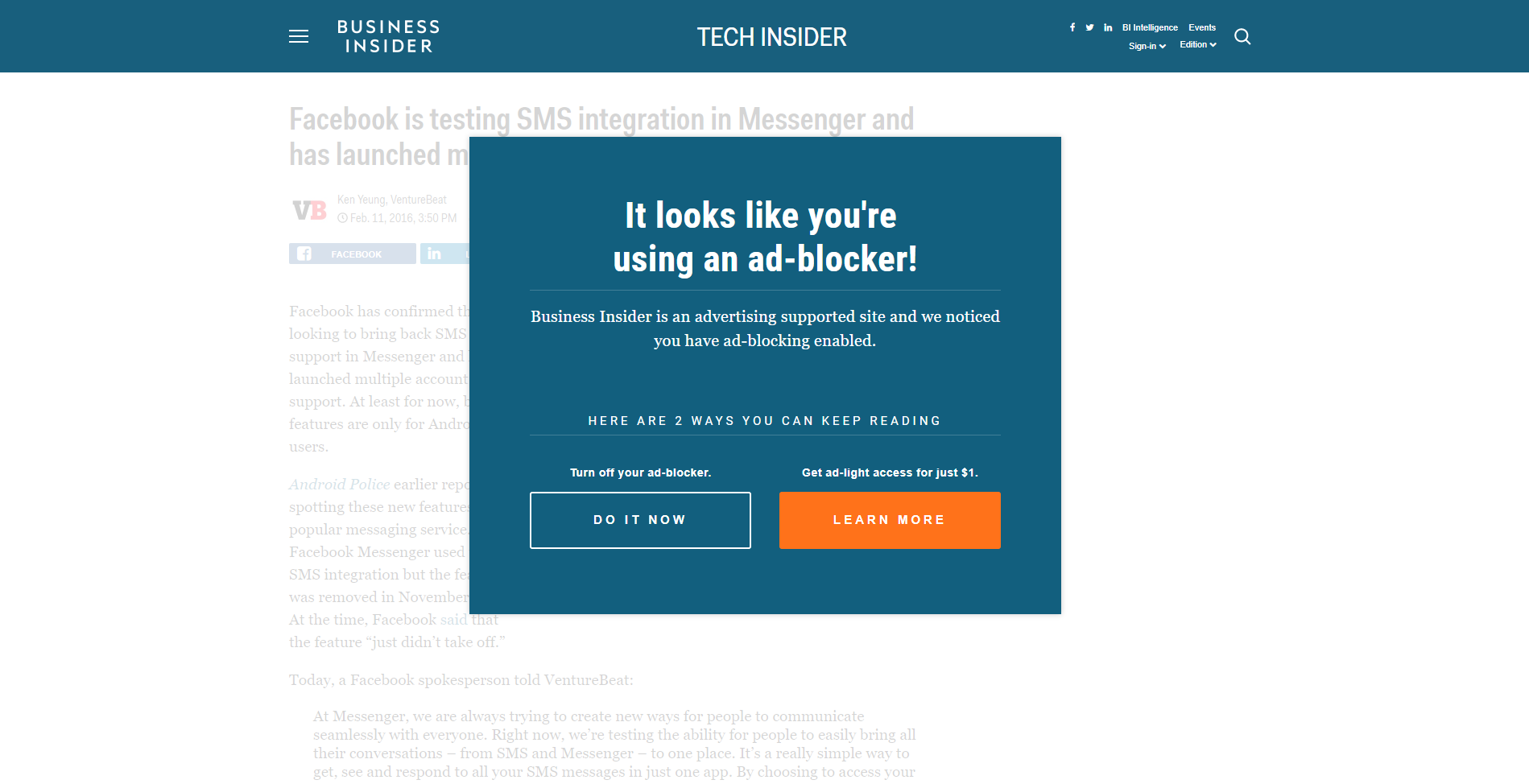 But do adblock walls actually work?

90% of survey respondents have encountered a wall before. But 74% of them refuse to disable their adblock and leave the website instead, unless the content can’t be found elsewhere.

Older internet users and men are more likely to leave than disable their adblock according to the report. 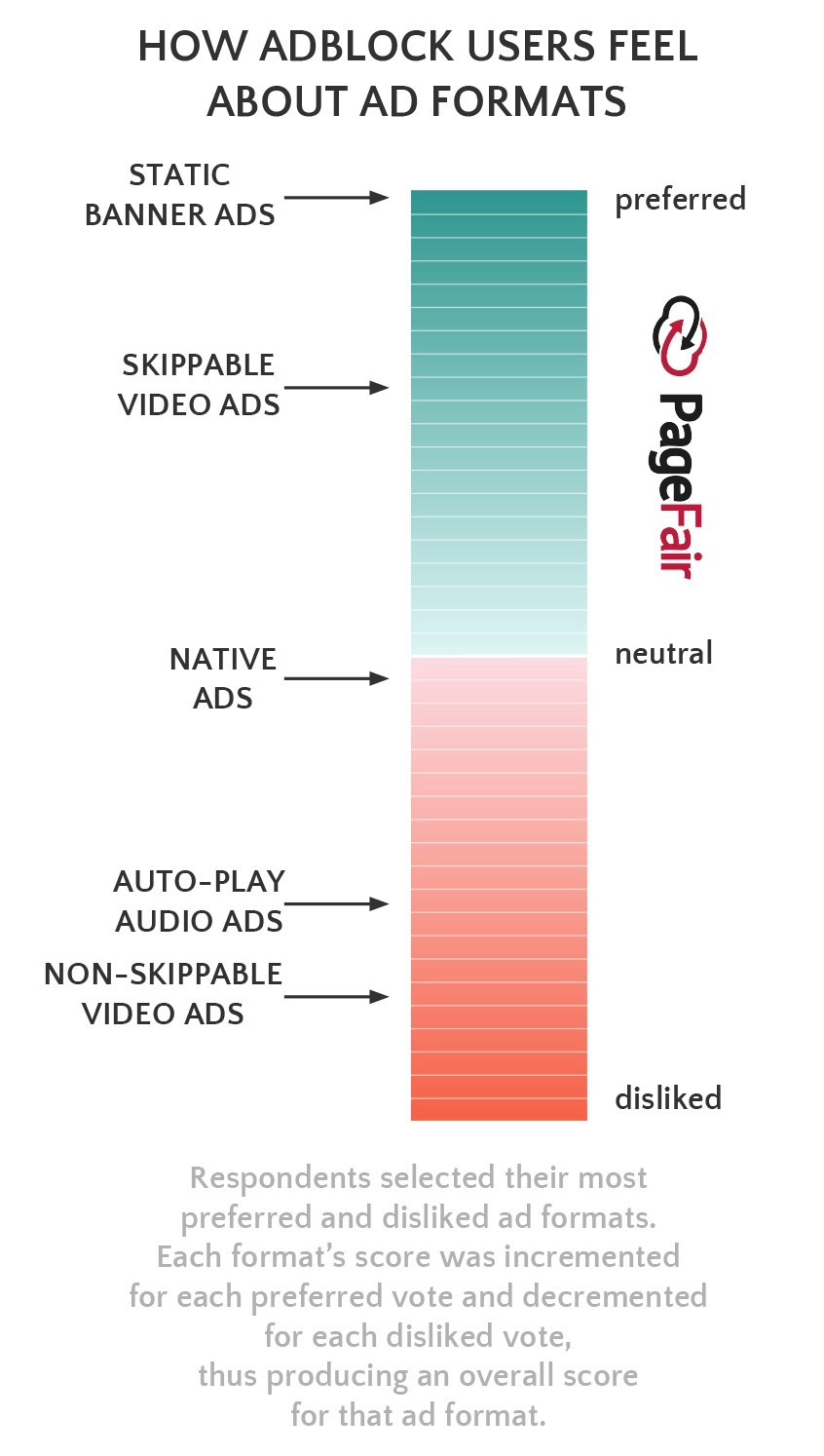 Interruptive ad formats were the number one cause of user frustration, whereas non-interruptive ads were more acceptable.

Although stats on native ads weren’t mentioned, it’s interesting to see that they’re considered neutral. Native ads are integrated into the content of the website. For example, the sponsored newsfeed posts on Facebook. Since they’re often not interruptive, it’s surprising to see that it doesn’t lean more on the preferred side.

Adblock is similar to having a firewall or anti-virus software. Because it’s free, adoption should continue to soar globally. Businesses will need to find new ways to connect with their audiences. Try using SMS as a tool to reach out to your customers.

A quick summary of our ever-changing global demographics

How SMS compares to cost-per-click advertising